How to Fix an Oven Door That Will Not Unlock

If your oven door won’t open when you pull on the door’s handle, don’t panic and don’t try to force it open. Instead, try the following suggestions below, as it could prove an easy fix for this frustrating problem.

WARNING! Before attempting to work on any appliance, make sure that all power (electricity) and utilities (water and gas) have been turned off and/or disconnected on the appliance. Read this before you start any repair.

First, make sure the oven is not in a self-cleaning cycle. An oven’s self-cleaning cycle can get incredibly hot, reaching temperatures of up to 900 degrees Fahrenheit, in order to carbonize dirt and food spills so that they turn to ash. The whole cycle could take several hours including a cool down period. It’s only after your oven is sufficiently cool that your oven door will unlock.

For ovens that are locked and not in a self-cleaning cycle, try pressing the cancel/off key to start a latch reset, or try cutting power to the oven at the circuit breaker or fuse. Let it remain powered off for one minute in order to reset the lock function. Turn the power back on and try to open the oven door.

If none of these things work, then it might be due to a faulty part. 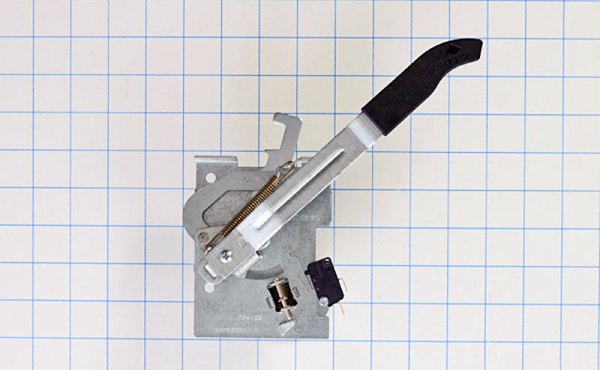 The door lock switch and motor are other parts that could be faulty. Depending on your range’s model, this part might prove difficult to replace if you cannot access the inside of the oven.  Some sites suggest using a bent wire hanger to manually move the oven latch to open in order to open the oven door and to do this repair.

Electrolux Oven Thermal Switch 318004900. This switch will work in some models of Electrolux ovens including Frigidaire, Kenmore, and Sears.

If the oven’s thermal fuse blows – especially during a self-cleaning cycle – it may keep the oven door locked. Replacing this part should fix the power and restore power to the oven.

Get Social With It:

WARNING! READ THIS BEFORE STARTING ANY APPLIANCE REPAIR

Before attempting to work on any appliance, make sure that all power (electricity) and utilities (water and gas) have been turned off and/or disconnected on the appliance. Read more

Add us to your RSS feed!